Simon Schindler & Sandberg, LLP is a boutique law firm with four attorneys, each possessing broad knowledge in Federal, State, and administrative body legal representation.  For a more detailed narrative of an attorney's skill and practice areas, navigate the profiles on the right hand column.

BRIEF HISTORY OF OUR FOUNDING PARTNER 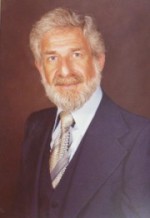 Toby was well known as a tireless civil rights attorney, a crusader for prison reform, an appellate authority and a law school adjunct professor. A lawyer known for his defense of the Rev. Dr. Martin Luther King Jr. and other civil rights activists in the 1960’s, also led Florida’s opposition to the death penalty in the 1960's and 1970's. He received his bachelor’s degree from Hofstra College in 1949 and his LL.B. from Harvard University in 1952. His memory is honored by the Supreme Court of Florida Chief Justice’s Award bearing his name and given to Florida lawyers who carry on his tradition of unselfish advocacy.﻿